Home energy & eco “Tribo-electric,” the buzzword of the future? by I net Bridge
energy & eco

“Tribo-electric,” the buzzword of the future? by I net Bridge 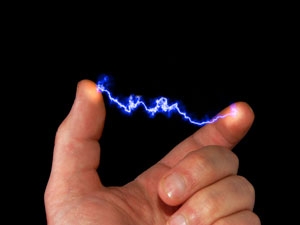 Views: 774
“Tribo-electric” is a modern term with ancient roots – from the Greek word for “rub.”
Its electricity is created from friction between two substances causing a charge of electrons to be transferred from one to the other.
It commonly happens, for instance, when plastic-soled shoes are in contact with a nylon carpet, causing the snap of static discharge when one’s hand touches a metal doorknob.
learn more in bizcommunity
(Visited 33 times, 1 visits today)
“Tribo-electric,” the buzzword of the future? by I net Bridge was last modified: March 14th, 2014 by futurist
energyrenewablesresearchtribo electric
0
Facebook Twitter Google + Pinterest
previous post

Why mobile is central to omnichannel customers by Pradeep Aradhya

9 Ways the Internet Will Change Your Life in 2025, for Better and Worse by Kimberly Weisul

What’s happening to Greenland will affect the...

5 places relocating people because of climate...

A shorter workweek should be a key...

Why Energy Is Technology’s Next Big Thing...