Home R-etail This Google glass app will detect your emotions , then relay them back to retailers by Alice Truong
R-etail

This Google glass app will detect your emotions , then relay them back to retailers by Alice Truong 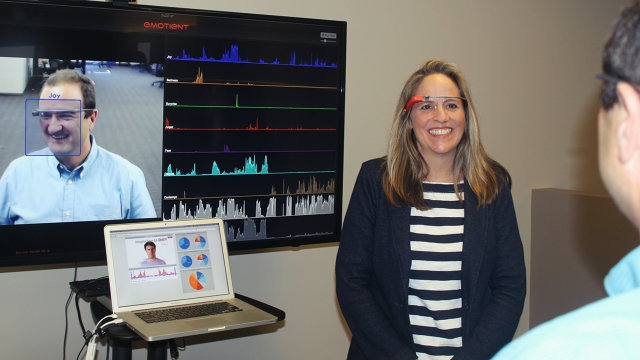 After raising a $6 million series B round, facial recognition company Emotient will open a private beta for a Google Glass app that detects users’ emotions in real time. Venture-capital firm Handbag led the financing, which closed in December but was announced Thursday, bringing the total amount raised to $8 million.

12 forecasts for the retail industry in...

Frequent shoppers are not necessarily loyal By...

To See Where Retail Stores Are Heading,...

How to Measure 2014 Holiday Ecommerce Marketing...

The Future Of Retail Is driven By...