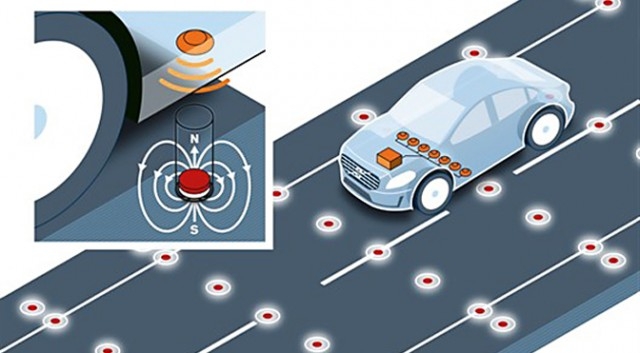 There are myriad visions for a future filled with self-driving cars. For example, there’s Google’s experimental driverless car bristling with sensors, as well as more modest systems that would only take over from drivers for short periods. The problem with more ambitious self-driving car technologies is the considerably higher cost, whether in public infrastructure (networked roads) or the smarts built into the vehicles themselves. Volvo thinks it has an idea that could make self-driving cars work with much less hassle. All we need is a bunch of magnets embedded in the road.

Bionic limbs , the Universe and Iron...

Are there any smart beds? By Ashley...

The Future Of Technology By Michael Raven