The wheel of emotions and the social sharing by Courtney Seiter 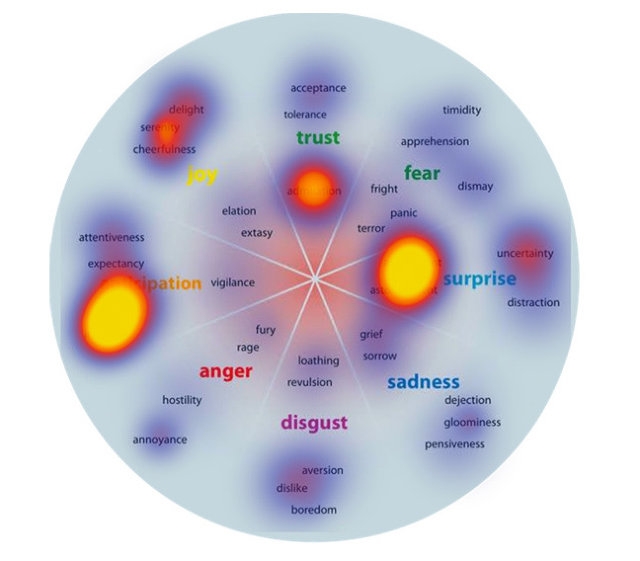 Views: 1,145
According to science, it’s not that complicated by a long shot. A new study says we’re really only capable of four “basic” emotions: happy, sad, afraid/surprised, and angry/disgusted.
But much like the “mother sauces” of cooking allow you to make pretty much any kind of food under the sun, these four “mother emotions” meld together in myriad ways in our brains to create our layered emotional stews.
learn more in fastcompany
(Visited 140 times, 1 visits today)
The wheel of emotions and the social sharing by Courtney Seiter was last modified: March 20th, 2014 by futurist
sharingSocial Mediawheel of emotions
0
Facebook Twitter Google + Pinterest
previous post

future of storytelling by paul zak

A natural glow from Roosegaarde’s specimen by Ellis Hamburger

The Future Of Web Design Is Less...

World-changers: Announcing the Social Innovators of the...

Future of Now’: The Convergence of Social...