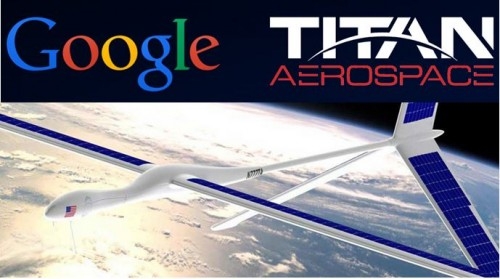 Views: 924
This week, Google announced the acquisition of Titan Aerospace for an undisclosed sum in a move that sees the technology giant enter the unmanned race for the skies
Following Facebook’s $20 million purchase of U.K.-based aerospace company Ascenta – which has been working on the development of unmanned, solar-powered aerial drones for the past few years – Google acted fast to usurp an expected bid by Facebook to also acquire Titan Aerospace.
learn more in impactlab
(Visited 34 times, 1 visits today)
Google buys Titan Aeorspace a solar-powered drone company by impactlab was last modified: April 25th, 2014 by futurist
dronesFacebookgoogletitan aerospace
0
Facebook Twitter Google + Pinterest
previous post

This is Amazon’s smartphone by Zach Epstein

Embracing the personalisation of everything By: Nick...

What’s next for the sharing economy? By...

Universities and students’ skills in the Future...